Simple Get Aways From Las Vegas

The city of Las Vegas, Nevada rapidly grew from a dust town in the middle of the desert in the American West to one of the largest entertainment destinations in the world. With the growth, and constant reinvention, of the Las Vegas Strip, the city has grown to offer a wide variety of entertainment options for people from any generation.

Aside from its entertainment, Las Vegas is also one of the destinations for American retirees. The warm, dry climate is popular among the 55+ crowd looking for a warmer locale to live out their golden years. Whether you are a new transplant to Las Vegas or a lifelong resident, as you age you’ve no doubt lost interest in the insane hustle and bustle of the Strip.

As such you’re no doubt beginning to wonder what else the Las Vegas region has to offer. What kind of day trips and destinations are available? You might be surprised to learn that Las Vegas is a regional jumping-off point to a variety of simple travel destinations across the American Southwest.

The following travel destinations offer a change of pace from life in Las Vegas proper with a variety of scenic, natural destinations as well as modern marvels that will leave you with lasting memories you wouldn’t imagine are possible from a simple day trip in the car. 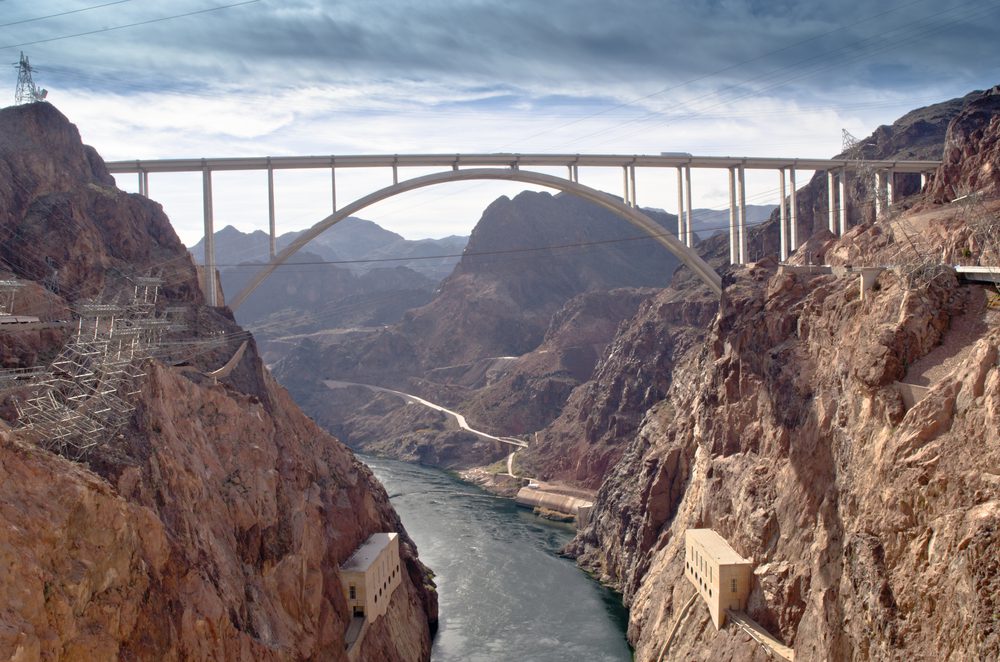 Like Las Vegas itself, many might view Hoover Dam as a tourist trap. However, Hoover Dam is a marvel of American ingenuity and construction. The dam was constructed in the 1930s as part of President Franklin D. Roosevelt’s massive works programs to provide jobs during the depth of the Great Depression.

See also  How to Organize Your Life in 7 Simple Steps

Today, the Dam still serves the purpose of blocking up the Colorado River to supply power to public and private utilities in Nevada and the neighboring states of Arizona and California. Daily charter buses run between Las Vegas and the Hoover Dam, meaning you won’t even need to drive yourself. Once there, you cannot pass on the chance to go inside the structure itself.

Two tours are available each day. One tour takes visitors inside the structure to see the power plant operated at the dam. The other tour is more extensive and takes guests on a guided tour through the passageways in the depths of the structure. The latter tour, it should be noted, includes a significant amount of walking.

Bonus destination nearby: Boulder City, Nevada. Boulder City lies along the banks of Lake Mead, which was created by the damming of the Colorado River and is the largest water reservoir in the United States (by volume). Boulder City was built to house the workers and their families during the dam’s construction. 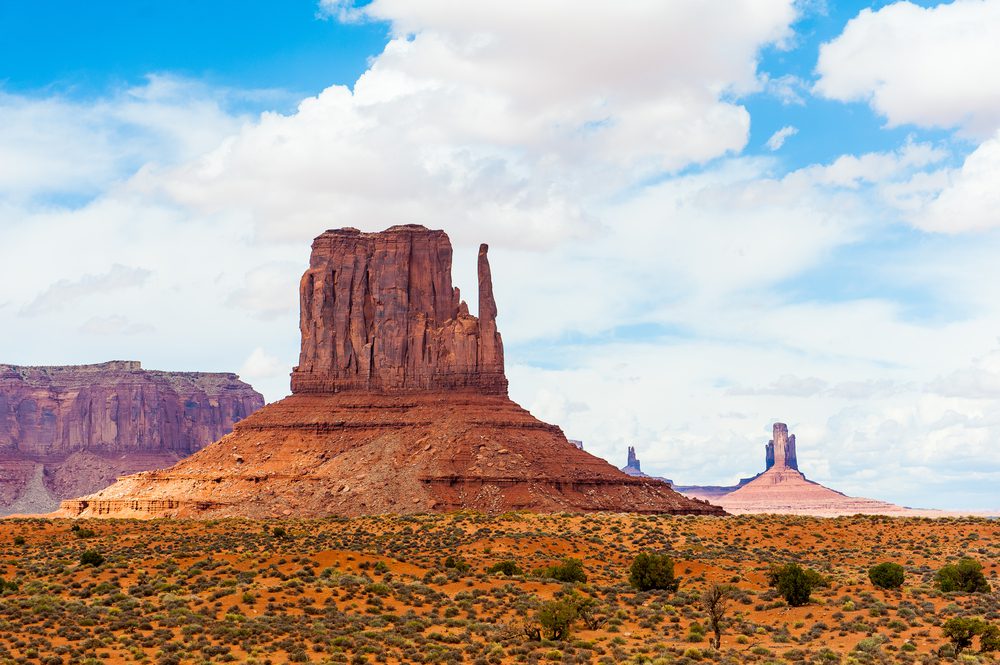 If you are more of a nature buff, than Death Valley National Park in California is the place to go on your day trip from Las Vegas. The beauty of Death Valley is its simplicity. The 3.4 million acre park doesn’t offer entertainment venues or massive manmade structures, but rather offers a glimpse at the deadly beauty of one of America’s harshest landscapes.

In Death Valley you’ll find natural beauty that includes multi-colored cliffs with panoramic views of the surrounding desert, not to mention sand dunes, salt-flats, badlands, and mountains as far as the eye can see. The park also contains a number of historically intriguing elements including, but not limited to, ghost towns, charcoal kilns, and abandoned borax mines.

See also  How to get Married in Las Vegas

A note to those hearty enough to travel to Death Valley: take precautions before setting out without guides. Tour groups do operate in Las Vegas that will transport you to and from the national park, but should you choose to go on your own you’ll need to remember water and a good map. Death Valley is the hottest, driest place in North America with an average temperature well above 100 degrees from May until September. Receiving just 2.36 inches of rainfall annually, water is an almost non-existent natural resource here. 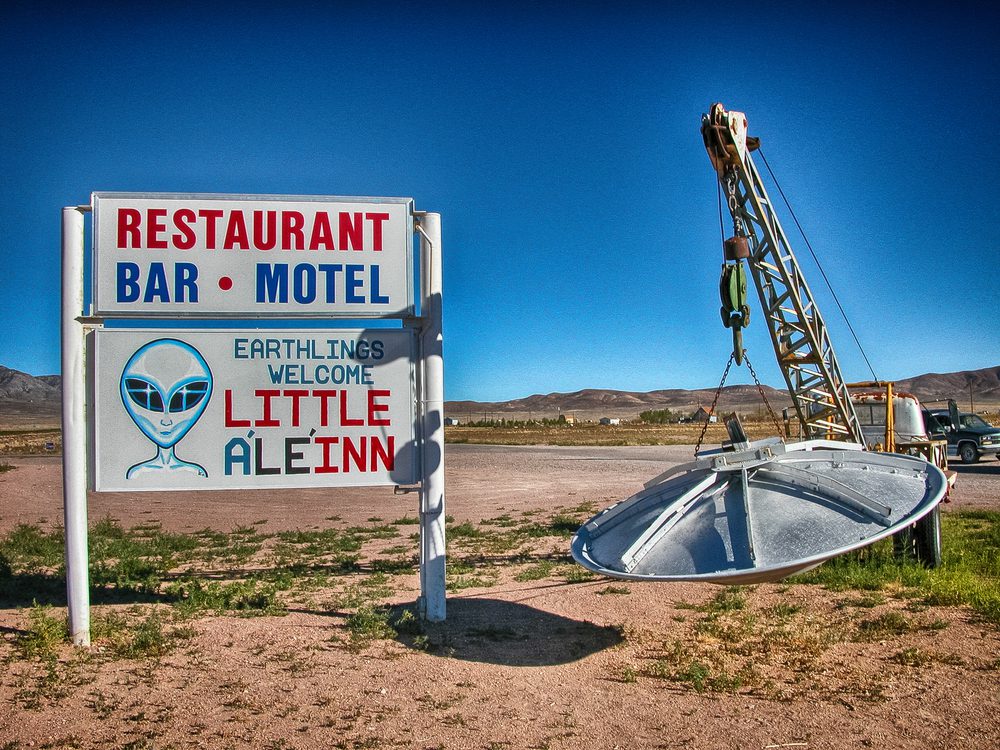 Many of America’s baby boomers came of age during one of the most tumultuous eras in the nation’s history. For those who can recall firsthand the day President Kennedy was assassinated, conspiracies and secrets have been a part of their life since the beginning. Why not spend a day visiting one of America’s most highly guarded secrets at Area 51?

OK, so you won’t be going into Area 51, but TourGuy.com does partner with several tour operators in Las Vegas to offer the chance to head out to the surrounding area and get the full extraterrestrial treatment. Tour operators offer local pick up and drop off in Las Vegas and transport visitors out to Area 51 where guests can learn about the top secret military facility, view ancient Indian petroglyphs on in the surrounding hills, and maybe even encounter a group of “convincing” guards protecting the environment surrounding the facility. 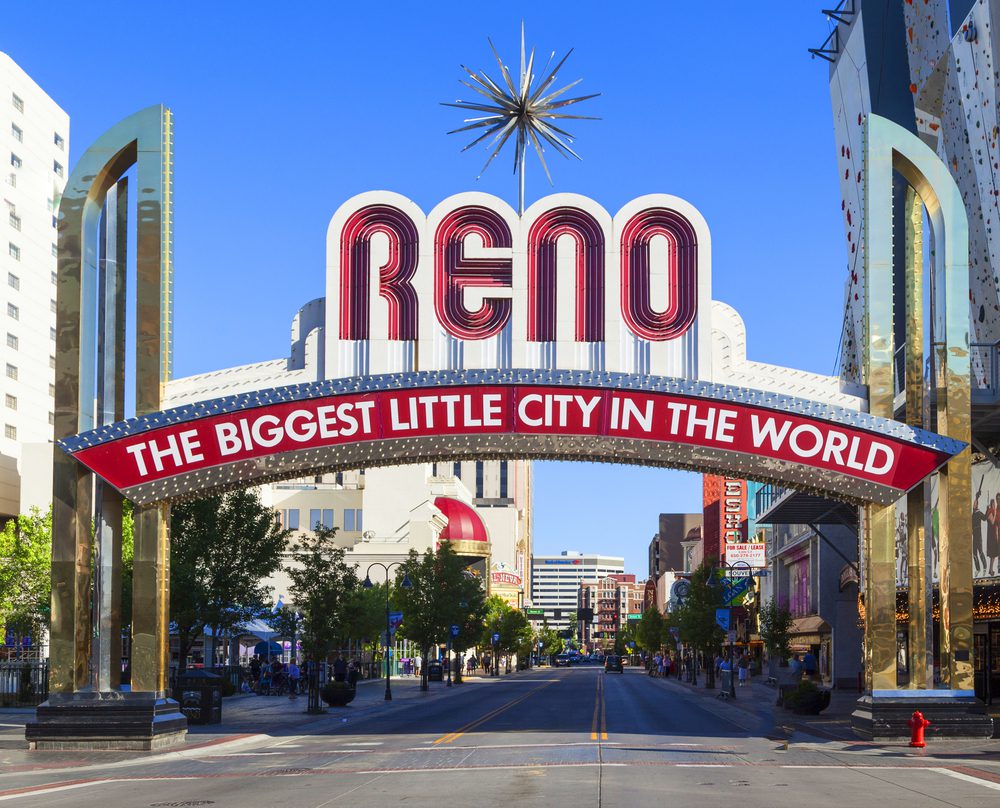 The so-called “Biggest Little City in the World” used to be the gambling capital of the United States during the mid-20th century. However, the growth of Las Vegas following World War II saw the vast majority of gambling migrate south from Reno. Today, Reno draws in gamblers from California’s San Francisco Bay area as well as the region surrounding the state capitol in Sacramento.

But who wants to take a day trip from the casinos of Las Vegas to the casinos of Reno? Good thing Reno has done a lot to reinvent itself as a tourist destination then. Among the notable big events that take place in Reno each year are Hot August Nights (classic car convention), Reno Air Races, The Great Reno Balloon Race, numerous bowling tournaments (held at National Bowling Stadium), and Street Vibrations (motorcycle rally). 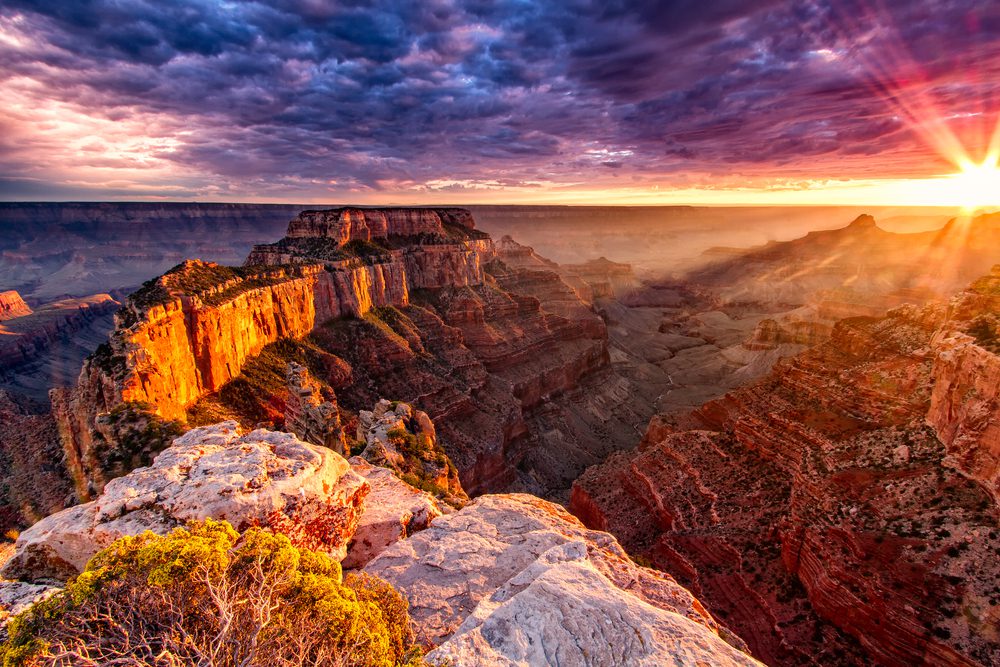 This list started on the Colorado River and it will end on the greatest natural masterpiece in North America. Over the course of two billion years of Earth’s history, the Colorado River has slowly chipped away, ground down rock, and carved out a path through northern Arizona creating the Grand Canyon.

Located a five hour drive away from Las Vegas, you can get to the Grand Canyon in your own car or take one of the numerous charter buses that departs the city on a daily basis between mid-May and mid-October. There are a variety of places to stop and see the Grand Canyon, most notably the North Rim and newly-opened West Rim.

At the Grand Canyon itself, you can walk or ride a mule from the rim of the canyon down into the basin, taking in breath-taking views along the way and looking at two billion years of Earth’s history in the rocks as you go. Guided tours will enhance your experience with informational tidbits, but one of the true glories of the Grand Canyon is the fact that you can explore on your own and just experience it.

The Hualapai Tribe has recently opened their land on the West Rim of the Grand Canyon for tourism. Among the notable stops here are a ranch and the new glass-floor Skywalk that extends out over the Grand Canyon, 4,000 feet above the river basin.

Bonus Tip: Travel in by helicopter. Maverick Helicopter offers renowned tours from Las Vegas that can get you to the Grand Canyon in just two hours and provide aerial tours of the canyon. There is even an opportunity to have a picnic in the canyon before heading back to Vegas.

At the End of the Day

Las Vegas might appear to be a metropolis in the middle of nowhere in the American southwest, but in reality it is a great jumping-off point to some of the greatest natural and manmade treasures that America has to offer tourists. Next time you need to escape the hustle and bustle of Vegas, consider one of these simple day trip vacations.

Wondering how much Your Home Value is? Use our 15 Second House Value Estimator!