For most California residents, the journey to Henderson Nevada in the past couple of years have been their final ride out of the State of California to a place where they can afford better homes and enjoy reduced utility bills.

California is strangely experiencing one of the highest numbers of people moving from the state; people are afraid of the ever-rising cost of living.

Check Out Homes For Sale in Henderson, NV

Unless you are wealthy or earning a reasonably high income, then California is no longer the choice for many.

People are complaining that they no longer enjoy the pride of keeping the majority of their paychecks for themselves in California anymore. The famous saying as ”California goes, so goes the nation” is an indication that the state was once the epicenter of the American dream.

The state has one of the most favorable warm weather in the US with beautiful landscapes and a booming economy. Unfortunately, people cannot afford to enjoy the lifestyle offered in this state anymore.

Moving from California to Henderson

Currently, California has been ranked as the worst state to have business for the previous 12 years in a row; this renders some businesses at a loss for over a decade.

Their policies on taxation and regulation work against the growth of businesses in the region. The quality of life for the workforce and living environment also come last in this side of the US.

The local’s attitudes towards business is also a matter of concern as the cost of living soars with an inadequate education system.

28% of California residents can no longer afford houses, which is a major cause of the recently accelerated outflow.

California has the highest amount of income tax rates in the nation when compared to other states such as Nevada, which is sometimes referred to as a tax haven.

The state government is showing signs of laxity when it comes to the welfare of Californians; there are talks about introducing a single-payer health care system in the state.

That would be an added cost of about $400 billion on the pockets of the residents. This coupled with the poor economic situation currently prevalent in California is a recipe for economic bankruptcy for the people and the state at large.

Some areas of the state are flourishing such as the Silicon Valley at the cost of low income earning areas. The state only favors a small percentage of the population as it is evident from the sprouting of large tent cities all over the state.

Currently, homelessness is on the rise and could soon lead to a statewide emergency. Living in Nevada is affordable, and the cost of living is still relatively cheap and affordable for almost all residents

The housing prices add to the already high cost of living as they are extremely expensive; the rent is wildly soaring with unaffordable housing rates. People are moving to Henderson, NV and are attesting to paying $ 500 a month less on mortgages.

The Job market in Henderson Nevada continues to grow yearly with job opportunities in the mining sector, construction and education system. If you love working in the Casino, this would be a perfect opportunity for you as well.

The economy in this side of the state is favorable the employment rate has reached its peak as the state has been returning to pre-recession periods.

Newer ventures that are a few hours from Henderson NV is Tesla factory in Reno and the downtown renovation in Las Vegas promoted by Hsien of Zappos.com

It is much easier for business to build and flourish in this state as there are no restricting regulations and policies on business. Minimal business regulations fuel new technology startups; the state is the most digitally connected state in the US.

Do you enjoy nature? Then this is the state for you as it is sprawling with deserts and mountains and scenic canyon lush forests. The state has one of the beautiful scenery which is the reason why it is one of the states where tourists choose to visit in the US.

Some of the outdoor spaces include the Red Rock Canyon National Reserve, the Death Valley National Park among many others.

Henderson is a hotbed of diversity, and you will not feel left out, there are so many cultures which will not make you feel left out in this part of Nevada.

The bars and other community public centers are tolerant to different cultures which is the reason why you should move to this city. The cowboy culture is part of the heritage in Nevada, if you enjoy such cultures, then Henderson is a place for you.

Henderson Nevada is sometimes referred to as a tax haven, even though about living in a state with no state income tax then this is the perfect destination for you. Unlike California there is no tax on food and medicinal purchase; this is heaven and relief for the average Californian who is struggling to make ends meet.

Gambling in Henderson NV is legal, and you won’t have a problem finding a slot machine in almost all public places such as the grocery stores airports and gas stations.

You can gamble anywhere at any time; most states prohibit gambling and have tight regulations California is one of the few states that still has regulations on gambling.

If you love gambling as an enjoyable activity, this is the city for you.

Henderson Nevada boosts of ultramodern shopping malls that meet the needs of the 1st-century shoppers. People for other states drive to the city to experience the shopping dynamics offered by the outlet centers and shopping malls.

Your shopping needs are met in this part of the city, and you won’t miss the shopping experience that is quite the lifestyle in California.

The city has a variety of food to offer its population; the food varieties range from country-style meals to more cultured morals. The region is already known for its cheap food.

Moreover, there is no sales tax imposed on food. Here you get to sample the food you have been missing out in California.

Outdoor activities are made possible with the wonderful weather in the city; the summers are warm and hot allowing you to hit the beach. The outdoor winter activities allows you to enjoy winter sports such as skating. Most residents living in Henderson enjoy this favorable climate that promotes outdoor activities that give you maximum relaxation and peace.

Cost of Living in Henderson vs California

100 = US Average: Below 100 indicates that the cost is cheaper and above 100 means that it is more expensive. Average.

What are you waiting for even this statistics is a good indicator that you should bid California goodbye and say Hello to Henderson NV. If the cost of living does not motivate you to take the journey, then you considered that Henderson NV is currently undergoing an influx of master-planned neighborhoods?

The focus is on open spaces and amenities that promote ample living spaces for the community at large. These public spaces are cheaper and affordable for you unlike the cost of similar amenities in California.

Healthcare quality in Henderson NV is affordable; in California, it ranks 6 for healthcare and healthcare outcomes. Healthcare in this city goes beyond whether one can afford the cost of healthcare service.

The city residence enjoys a reduced personal health risk; therefore, it is one of the leading cities in terms of leading a healthy lifestyle. The same cannot be said about California where the cost of healthcare services is soaring each day.

The quiet surroundings in Henderson attract the influx of people moving from California, the area offers the suburban feel and owning a home here is possible unlike in California.

Their city is dotted with a lot of parks and recreational activities good for all members of society. The area is a pretty neighborhood with neighbors who keep to themselves and aren’t intrusive of your privacy.

Enjoy your vacation by bringing your furry family member with you to stay in a pet-friendly Las Vegas hotel. 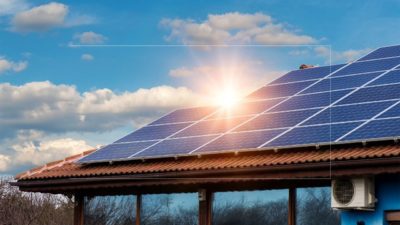 How Long Do Solar Panels Last?

Solar panels are an amazing way to generate electricity without using fossil fuels. However, they don’t last forever. They eventually wear out and require replacement. 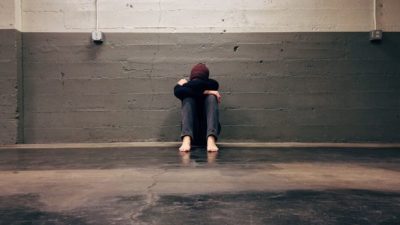 How To Make a Safe Room In Your House

A safe room, also known as a panic room or refuge room, is an area in your house that is usually very small. Saferooms work by providing temporary safety for you and/or your family during dangerous situations