Anyone who plans to spend a portion of their summer in Las Vegas is sure to be looking for ways to cool off. Ultimately, the best place to spend a 100-degree day is at a nice refreshing waterpark. Thankfully, Las Vegas has two of the best waterparks that are known around the world for their attractions, food options, and scenery.

Wet N’ Wild and Cowabunga Bay are both great places to spend a summer day, but they each have their own special offerings, which makes it difficult to decide which one to visit.

It can be easy to become overwhelmed when deciding between two awesome parks, but it can become quite easy when you observe the differences and what makes them unique.

History of the Las Vegas Waterparks

The waterpark was a massive summer hit for Las Vegas locals and tourists, up until it closed once again in 2020 due to COVID-19. Wet N’ Wild Las Vegas has been a part of the Wet N’ Wild chain since it opened, but the park was purchased by Cowabunga Bay in the Spring of 2022, and it reopened in its current state in June with enhanced safety protocols and theming, but with fewer attractions, now owned by Cowabunga Bay.

Cowabunga Bay waterpark is a bit newer than Wet N’ Wild, as it opened its doors in 2014. The waterpark, with one other location in Draper, Utah, boasts being the largest waterpark in all of Nevada.

It is located in Henderson, which is about a 20-minute drive from the Las Vegas Strip. Cowabunga Bay is known for its beachy theming, its fun summer events, and its 25 attractions.

As you can see, both waterparks have a long and rich history in the Las Vegas area. They are both great places to spend a summer day, but they each have their own special offerings, which makes it difficult to decide which one to visit.

The old Wet N’ Wild comes out on top in the battle between the two parks for many locals due to its rich history, distance from the strip, and attractions- but taking a look at the facts can help inform a tourist, or even a local, and influence their decision to visit.

Cowabunga Bay is a common tourist and local favorite, due to the theming and family-friendly attractions. However, when looking at the list of pros and cons and comparing it to the other Las Vegas waterpark, opinions of the park may fluctuate.

In conclusion, both waterparks are great in their own ways and it really comes down to what the visitor is looking for during their waterpark day.

With all of this being said, if there’s enough time during a trip or the summer to visit both Wet N’ Wild and Cowabunga Bay, it’s ideal to take the time to visit both. Both parks have something unique to offer, and each park is guaranteed to help cool patrons off on a hot Las Vegas summer day. 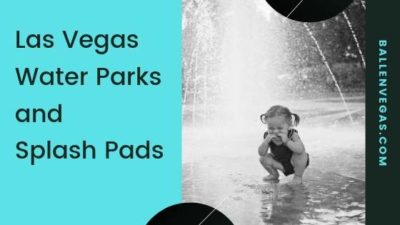 Lori Ballen, the owner of this website, benefits from purchases made through her affiliate links.When those Las Vegas temperatures rise, we all run for the