Mandalay Bay on the Las Vegas Strip is inviting Santa Claus to take a dive in the Mandalay Bay’s Shark Reef Aquarium. Mandalay Bay is celebrating the holidays with their Santa in the Shipwreck. During his visit, Santa Claus is partnered with a new helper known as Santa Jaws. 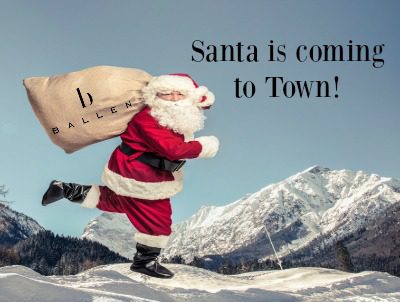 Visitors 12 and younger with a ticket get a treat when they visit Santa as well as receive a complimentary photo. Before he has to leave to get ready for the big night on Christmas Eve, Santa Claus will put on his scuba gear and wave to passing visitors as they say goodbye.

An aquatic twist on Christmas, Shark Reef Aquarium’s annual “Santa in the Shipwreck” event occurs on weekends during the month of December. The Aquarium is located within Mandalay Bat at 3950 Las Vegas Blvd S., Las Vegas, NV 89119.

Any cookies that may not be particularly necessary for the website to function and is used specifically to collect user personal data via analytics, ads, other embedded contents are termed as non-necessary cookies. It is mandatory to procure user consent prior to running these cookies on your website.