What is a Four-Point Inspection?

A four-point inspection goal is to make sure that your home is safe and that the utilities in your home are working efficiently.

Why Is a Four-Point Inspection Necessary?

The inspection will cover:

After the four-point inspection, you will receive a report describing the condition and the age of these elements.

Now, it is time to go into detail about a four-point inspection.

There are a few reasons why a four-point inspection is a good idea; however, the biggest reason this inspection is required has to do with homeowner’s insurance.

Many insurance companies have become increasingly reliant on four-point inspection when it comes to calculating insurance premiums on homes that are 25 years of age or older.

The insurance company is worried that there might be something wrong with the older home that might increase the chances that a homeowner ends up filing a claim. Some of the possible concerns include:

Then, if there are uncovered issues, the insurance company might request that the homeowner fix the problems before they provide coverage.

If the home is newer, then the insurance company might assume that it does not have these issues.

As a result, the insurance company might decide to forgo a four-point inspection on a newer home.

What does a Four-Point Inspection Cover?

A four-point inspection is going to cover the roof, the HVAC system, the electrical system, and the plumbing system.

Thus, the name is appropriate. The specific components that the four-point inspection will cover include:

See also  What to Wear in Las Vegas

This overview includes what is usually covered on a four-point inspection. The inspector will provide the homeowner with a comprehensive report and might also send a copy to the homeowner’s insurance company.

Comparing a Four Point Inspection to a Full Home Inspection

Many people think that a four-point inspection is the same as a full home inspection. The confusion arises when someone has a home under contract, and there is a clause allowing the buyer to get a complete home inspection.

In this case, the seller might think that this is a four-point inspection; however, this is not true.

The point of this inspection is that if it uncovers something that makes the buyers uncomfortable, they can void the contract and get their earnest money back.

A four-point inspection only looks at the four points mentioned above.

Therefore, it does not legally satisfy this clause.

As a result, if the four-point inspection reveals a roofing problem, this might not be enough to get the buyers out of the contract.

That is why buyers should ask for a full home inspection instead.

See also  How Much House Can I Afford?

On the other hand, a four-point inspection is cheaper and quicker, so this might be a better option for homeowners in certain situations.

There are a few questions that might come up if you are considering a four-point inspection.

Some of the most common questions include:

Is there a standard form used?

When it comes to four-point inspections and real estate inspections, there is not a standard form. Usually, the insurance company provides a form that the inspector is supposed to fill out.

On the other hand, if the inspector provides his or her own form, this is usually enough to satisfy the needs of the insurance company.

Usually, homeowners also get a copy of this report. Sometimes, the insurance company will expect you to send the form. In other cases, the company might want it to come directly from the inspector.

Can I fill out the form on my own?

No. Insurance companies often view this as a conflict of interest. That is why most companies are going to ask for the form to be filled out by qualified individuals with the right training.

This individual might include a roofing contractor, a general contractor, a trained electrician, or a professional engineer. Even if you have this type of experience, the insurance company wants someone unbiased to fill out the form.

If I just purchased the home, can I send the full home inspection to the company instead?

No. Insurance companies do not want to pick through the other information. They only care about the four points included on the four-point inspection.

See also  👩‍🏫 What Is the Home Is Possible for Teachers Program in Nevada?

That is why they ask specifically for this.

A full home inspection looks more like a book. In some cases, a four-point inspection will fit on a single page. Furthermore, you don’t want the insurance company to pick up on other issues uncovered by the home inspection.

This might be a reason for them to drive up your premium.

A Four Point Inspection Is a Common and Helpful Tool

If the four-point inspection uncovers a severe issue, you need to get this addressed before it poses a threat to your home’s safety. 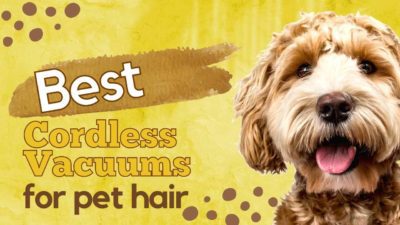 You can wade through the pages sorting through the details or read through our list of the best cordless vacuums for pet hair. 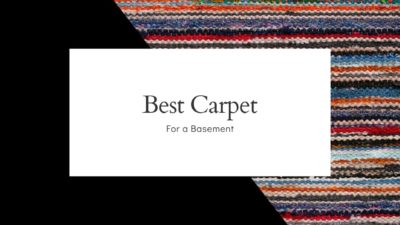 The Best Carpet for a Basement: 3 Factors to Consider

Here are some factors to consider when choosing the best carpet for a basement. 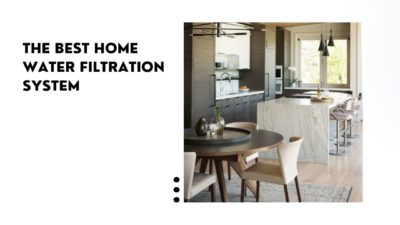 What is the Best Home Water Filtration System?

We’ve compiled a list of the best home water filtration systems so you can make an informed and smart decision for yourself and your family.